"Our job as lawyers is to design and implement an intelligent and complete solution, taking into account all aspects of the case".

Both combative and committed but also showing pragmatism when the situation requires it, Lutran & Associés' lawyers identify the possibilities offered by each case to make the best choice and implement it with consistency and determination, both to help a client to defuse an arising dispute or to fight on his side in an open conflict.

Lutran & Associés was founded in 2016 by Mr. David Lutran, a registered lawyer at the Paris Bar since 2004 who was trained within the litigation departments (business and criminal litigation) of international renown law firms.

Lutran & Associés is specialized in resolving its clients’ disputes (from both a litigation and an amicable perspective – David Lutran being also a mediator), handling them in French, English and Spanish.

This firm assists its clients in contractual matters for the negotiation, the drafting and the reading of contracts (especially commercial contracts).

To ensure optimal efficiency and mitigation of cost in the proposed solutions, Lutran & Associés prioritizes teamwork in case processing to enable each actor to fully provide its added value.

Lutran & Associés benefits from a wide network of partners (lawyers or else, in France and abroad) to work with. Thus, the firm is able to provide its clients with a wide range of legal services and gather multidisciplinary teams according to the specific needs of each case.

Highly qualified in litigation matters as well as to manage sensitive conflictual situations for which it is important to immediately understand the specific logic and issues, Lutran & Associés demonstrates agility and creativity to deal with its clients’ issues.

Lutran & Associés helps its clients at all stages of the litigation process, from the mitigation of risks and the management of crisis situation to the enforcement, in France and abroad, of judicial and arbitral decisions.

Lutran & Associés’ team practices ADR (mediation, interest-based negotiation, collaborative law, conciliation and participative procedure) to help its clients to resolve their issues, since ADR constitute, when the case affords it, a suitable option to reach a complete and tailored resolution of the dispute for a less important cost.

David Lutran acts as a mediator, at the parties’ request or when directly appointed by either a Mediation Center or a Court. He is accredited as Mediator (“Médiateur agréé”) by the Mediation and Arbitration Center of Paris (“CMAP”), registered by the National Center for Mediation of French Lawyers (“CNMA”) and referenced among the mediators of the International Chamber of Commerce (“ICC”). He has also been trained to the practice of collaborative law.

Mixing various considerations (related to persons, financial issues, uncertainty about the sustainability of a company in the event of its paralysis caused by the dispute, danger in terms of reputation), those particular files must be perceived not only through a legal point of view for their resolution in the best interest of the client, whether he is an executive officer or a partner, or a company having trouble with its current or former executive officer.

The experience acquired by the firm trough these types of cases affords it to address tailored solutions in line with the business world (including family business), taking into consideration its specific customs and traditions.

Lutran & Associés provides tailored and documented answers to all legal and rental management questions for its clients (regime of charges, conditions for the recovery of an abandoned property, obligations of the landlord and the tenant, common areas of the building, relations between the actors interested in the building and its management ...).

The firm represents and assists its clients before all courts at all stages of the case, including appraisal operations on a particular point affecting the building, and relies on the skills of other actors in the real estate business (court bailiffs, notaries, accountants, real estate experts, real estate agents, etc.) to optimally manage their files.

Lutran & Associés handles its client’s issues in all areas of criminal law (personal injury and damage to property ...) and white-collar crime – whether they are accused of the commission of a crime/offense, victims or simple witnesses.

The firm defends its clients at all stages of the proceedings, from the investigation to the trial.

Besides defending its clients involved in criminal matters, Lutran & Associés also takes into account the subjacent criminal aspects of non-criminal cases in order to establish a complete and effective litigation strategy.

Lutran & Associés handles medical liability cases in the interest of individuals who have suffered accidents during their stay in care facilities of all kinds (hospitals, clinics ...).

Lutran & Associés defends the interests of its clients at all stages of proceedings (amicable or contentious phase, including during the appraisal phase), both to compensate the victims and/or their beneficiaries from the damage they suffered and to punish the people and/or institutions responsible for the damage (in view of obtaining civil, disciplinary and/or criminal sanctions against them). 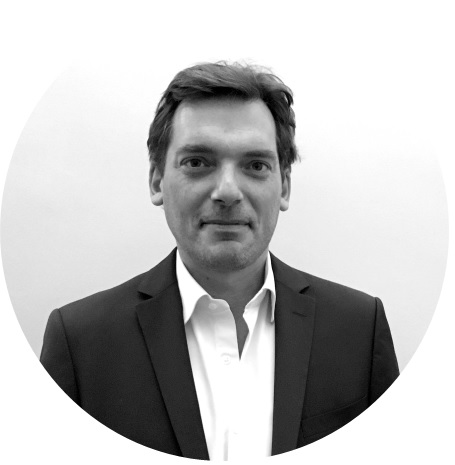 Founding partner, David Lutran is admitted to the Paris Bar since 2004. Beginning his career in the French diplomacy at the United Nations in New York, he successively worked in the litigation departments of several renown law firms (Vovan & Associates, Gide Loyrette Nouel and Linklaters) before co-founding the firm Rivedroit in 2009, where he was a partner for 7 years before founding Lutran & Associés in 2016. Dedicated to litigation, he also exercises as mediator and is accredited by the Center for Mediation and Arbitration of Paris (CMAP). David works in French, English and Spanish. 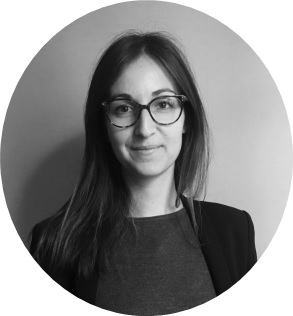 Associate at the firm, Célina Guichenduc is a member of the Paris Bar since 2019. She trained in the practice of business law in various Paris law firms and legal departments of large companies (EDF, Thales). She graduated with a Master 2 in International Business Law from Panthéon-Assas University and completed part of her studies at the Faculty of Law of Sao Paulo in Brazil. Célina works in French, English, Spanish and Portuguese. 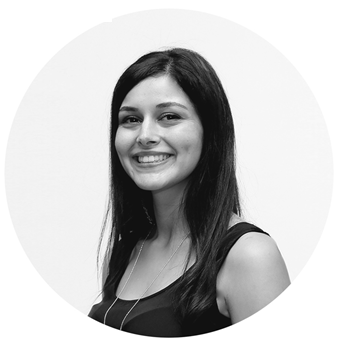 Paralegal and office manager at the firm, Candice Nebot exercised within a real estate brokerage firm in Montreal (Canada), where she became acquainted with the issues of the sector, in particular regarding the relations between landlords and tenants from both an amicable and a litigation perspective. She then worked within the human resources department of BNP Paribas. Candice works in French and in English. 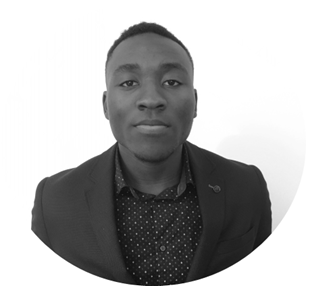 Currently in the process of obtaining a Master 1 in Business Law at Evry Val d'Essonne University; Dimitri Toko has a solid background in business law and will act as a trainee lawyer in the firm. He has a first experience in a bailiff's study during which he has confronted the issues of the law of civil enforcement procedures. Dimitri works in French and in English.

David Lutran was quoted as “recognized practitioner” in commercial litigation in the 2015 rank of the -Directory Risk Management, Insurance and Arbitration & Litigation Guide published by Décideurs – Stratégie Finance

David Lutran was quoted as “recognized practitioner” in liability for defective goods in the 2015 rank of the -Directory Risk Management, Insurance and Arbitration & Litigation Guide published by Décideurs – Stratégie Finance

David Lutran was quoted as “recognized practitioner” in financial litigation in the 2015 rank of the -Directory Risk Management, Insurance and Arbitration & Litigation Guide published by Décideurs – Stratégie Finance

DAVID LUTRAN INTERVENED IN THE FOLLOWING CONFERENCES AND TRAININGS:

27th World Forum of Mediation Centers (in association with the International Association of Lawyers (UIA), Milan (Italy), January 17 and 18, 2020

Participation at the signing ceremony of UN Singapore convention on mediation

Conference “Mediation as an Instrument of Modern Justice”, speeches given at the roundtables on “Judicial Mediation – successes and challenges” and “Mediation clauses”

University Paris II Pantheon-Assas on ADR and their use in Labor relationships, Paris, March 19, 2019

Member of the jury of the “International francophone contest of mediation”

Hearing before the Working Group on Mediation created

Organization, in cooperation with the South America Open Commission of the Paris Bar Association (“Ordre des Avocats de Paris”) of a symposium on the following topic: ”Market, legislation and trends in mediation and alternative dispute resolution methods in France and Latin America” and direction of the second roundtable dedicated to the feedbacks from companies executives, mediators and lawyers in the area

Co-organization of a symposium on the following theme: “the future of mediation in the OHADA space” and participation to the first roundtable entitled ”mediation: a win-win model of justice” (conflict, ADR, areas where mediation is used, mediator, progress of the mediation process, its advantages, specificities of international mediation)

Organization, with the Brazilian Chamber of Commerce in France, of a symposium on the following theme: “Mediation and other alternative methods of dispute resolution in the business relationships between France and Brazil” and moderator of the first roundtable

"The benefits of mediation for startup companies"

"International contracts practice: legal risks and cultural aspects inherent to the implementation of a project abroad"

"How to secure an international commercial contract"

"Mediation or the understanding of dispute"
Interview of David Lutran for the special edition of the Figaro Partner on Alternative Dispute Resolution, published on December10, 2019.

"Mayo firm wins six-year legal battle against pharmaceutical giants"
David Lutran is quoted in the article of The Connaught Telegraph, published on August 10, 2018.

"Mediation for the support of startups"
Newsletter of the Centre for Mediation and Arbitration of Paris, published in June 2018.

"The robot: a legal chameleon?"
(Contribution to the report carried out by the French Parliamentary office for the assessment of scientific and technological choices on the topic: “Robots and the law”, 2016)

"Hidden defects: the means for the defense of professional sellers"
April 2015.

"To go back to the roots of business law; how to temper its over-penalization"
Agefi Hebdo, November 29th – December 5th, 2007.

"Is the opportunity of Class actions carried out by shareholders open?"
Letter n°4 of the criminal and commercial litigation department, Gide Loyrette Nouel, Sept.-Oct. 2006.

"Lawyer: the future of a profession"
Co-author of the White Paper published by the Foresight Commission of the Paris Bar Association, Ed. Descartes & Cie, Sept. 2005.

David Lutran is a member of several professional associations.

He has also been a teacher in contract and tort law in the University Paris 1, Panthéon-Sorbonne (2005-2006) and a member of the Prospective Commission of the Paris Bar council (2004-2006).

The firm hires associates and interns.
Please send your cover letter and CV at:
contact@lutran-associes.com